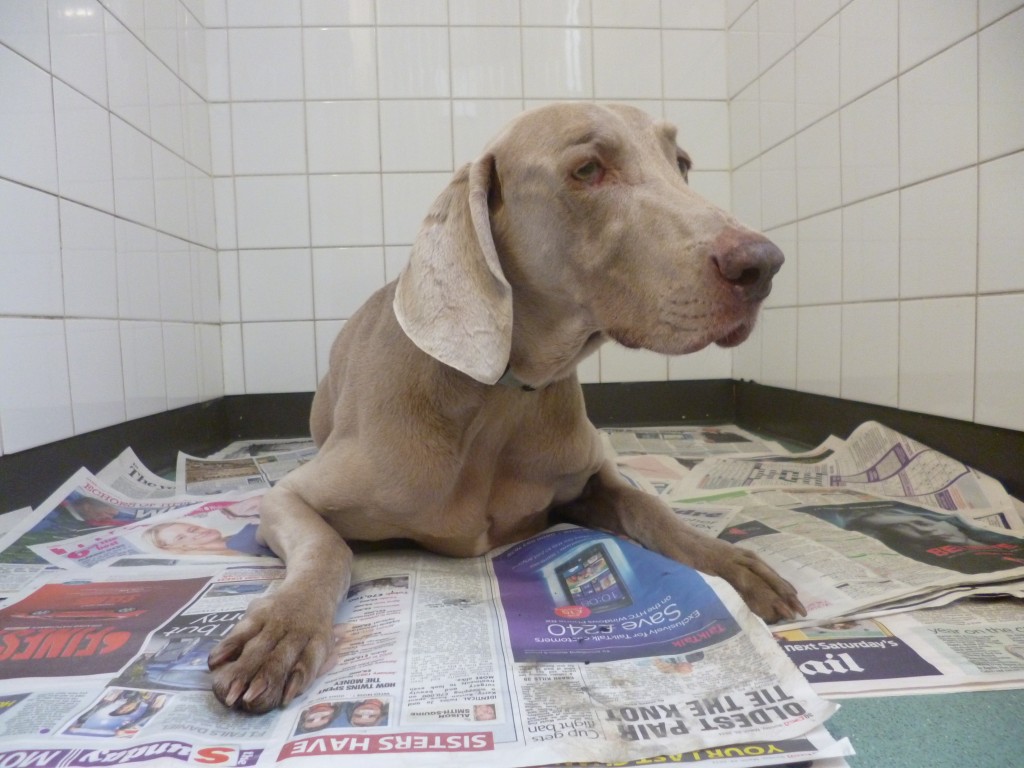 With Easter approaching Cherrydown Vets are starting to see an increase in dogs that are suffering chocolate poisoning. Today we admitted Weimaraner Stanley who has a rather sweet tooth. His owners had left Easter Eggs out on a shelf in the kitchen and unbeknown to them he managed to sneak in and managed to devour 6 milk chocolate eggs and all the wrapping. Chocolate is highly toxic to dogs as it contains Theobromine, a chemical compound found in the cacao plant, which produces the seeds used to make chocolate. It is not present in sufficient amounts to cause any harm to humans (unless a significant quantity of chocolate is consumed) but unfortunately this is not the case for our canine friends. Domestic animals such as dogs metabolize Theobromine much more slowly than humans, which means it takes longer for their bodies to break it down. It attacks a dog’s central nervous system and heart muscle, leading to Theobromine poisoning which can be fatal for dogs.

Poor Stanley started to feel ill very quickly after his snack and vomited up a KitKat and wrapper as well as other chocolate. He was brought into Cherrydown Vets where he was seen by Duty Vet Chris Mortemore. 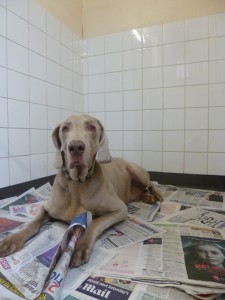 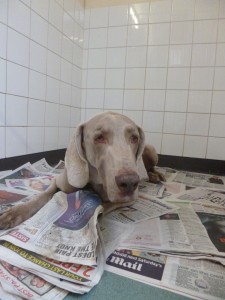 Fortunately, Theobromine poisoning can be treated by a vet, although obviously it is important to get your dog to the surgery as soon as possible. Medical procedures can include inducing vomiting (as long as the pet arrives within two hours of ingesting the chocolate) as well as the administration of various medications to treat seizures and heart conditions and other symptoms.

Principal vet Jonathan Nurse says “Households with dogs in need to be particularly careful especially over the Easter period. We always see an increase in poisoning due to chocolate at this time of the year and the last thing we want is for anyone to lose their pet. We definitely advise that chocolate be kept out of their reach and preferably in a cupboard with a childsafe type lock on it. Dogs can be ingenious and sneaky when it comes to grabbing what they think is a tasty treat so the more difficult it is for them the better”

For more information Cherrydown Vets have a blog on the subject https://www.cherrydownvets.co.uk/news/chocolate-and-dogs-dont-mix/