On Friday 29th November Minnie was last seen around 4.30pm and we realised she was missing at about 8.30pm. That’s not generally a long time for a cat to be missing but for Minnie this was unusual. We got up in the middle of the night to call her but to no avail. On Saturday morning I put notes through neighbours doors asking them to check their sheds & garages etc. On Sunday afternoon we told our children & they were devastated but we all tried to stay positive. My husband & I both felt something dreadful had happened because it was so unlike her not to come home. On Monday morning however I found Minnie sitting on the front doorstep looking poorly. She was covered from her chest to her bottom in poo,  so I cleaned her up and left her to rest.  Later I realised she wasn’t taking any food or water and had maggots around her tail and bottom so I brought her to Cherrydown where Minnie was seen by vet Hayley Giles. 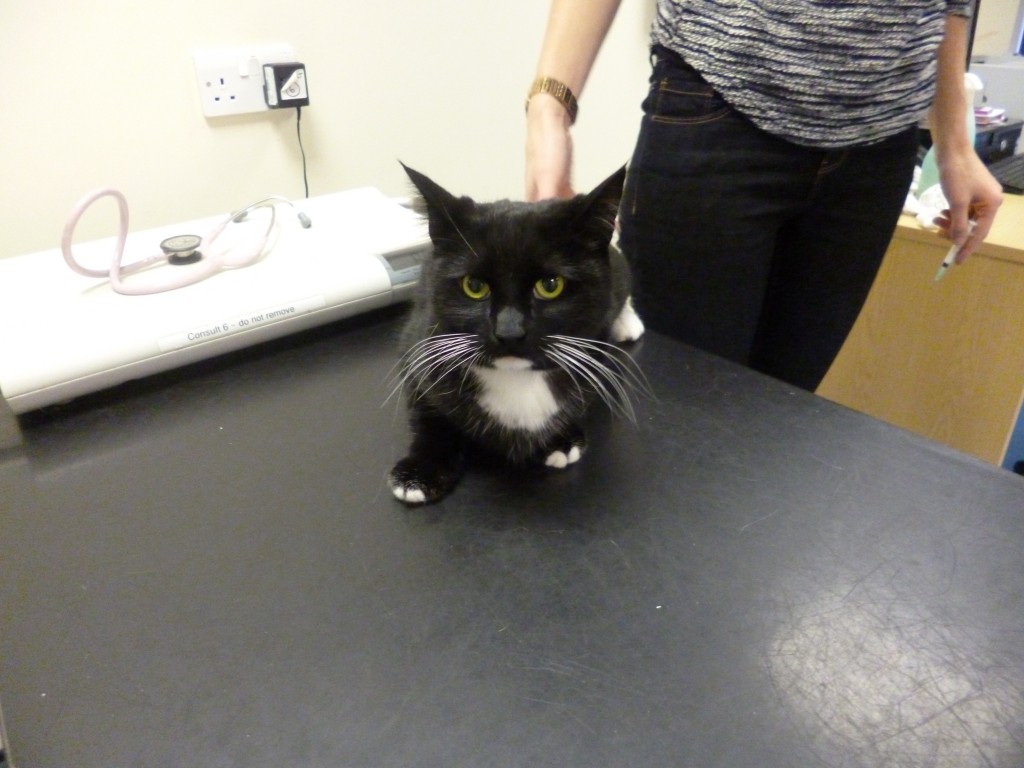 Minnie came in as an emergency and during the clinical exam it was quite clear that her respiratory rate was increased and it was taking a lot of effort for her to draw in each breath. She was also very dehydrated from being missing and was covered in tiny maggots. I admitted her and she was cleaned and rehydrated with intravenous fluids. The next day she was a little more stable and we were able to xray her so we took xrays of her whole body as we had no idea what had happened while she was missing.

The x-rays showed she was suffering from a ruptured diaphragm and the hole was allowing abdominal organs into her chest cavity which was causing the breathing difficulties.  These sort of injuries are common secondary to blunt trauma such as in a road traffic accident. She was taken to surgery and we pulled her stomache, liver and intestines gently back into her abdominal cavity before suturing the hole in her diaphragm. 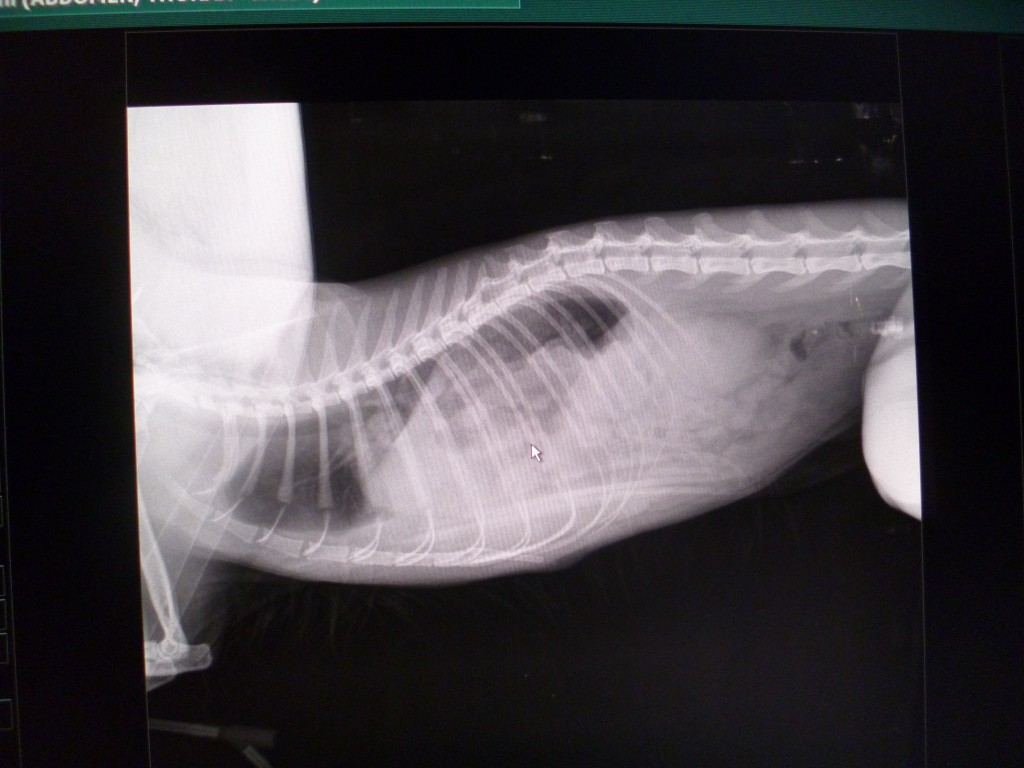 Since the surgery Minnie has recovered well and her breathing has returned to normal. I saw her again recently for a check up and to have her stitches out and she looked wonderful. I’m so pleased for Minnie and her family that she has made an excellent recovery from what could have been quite a serious situation had she not returned home.

Cherrydown hope that she continues to improve and we look forward to seeing her again soon.