A leading Essex vets practice is urging people to think carefully before giving someone a pet as a Christmas present. 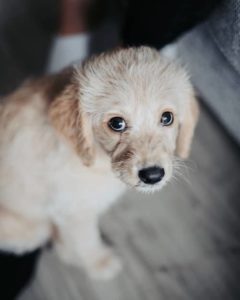 She said: “Pets are not a commodity, they are beings with feelings, and people who take them on are committing to them for life.

“They should never be bought on a whim, or for someone who has not made clear their desire to have a pet and do everything they can to take care of it, or has the ability to do so.

“Getting a pet for someone who doesn’t really want one can result in poor care or even mistreatment of that animal, which is a heart-breaking thought.

“Countless animals each year end up as strays or dumped at rescue centres and sanctuaries because people simply didn’t think before buying them.

“Pets, no matter how small, are not cheap and cannot look after themselves. Take the time to really consider what owning a pet will entail before you consider buying yourself or anyone else one.

“They deserve happiness and someone who can truly take care of them.”

It is just over 40 years since the phrase “A dog is for life, not just for Christmas” was first used. It was created by the National Canine Defence League, now called Dog’s Trust, in 1978, and has been synonymous with animal welfare ever since.

Laura added that people who have decided to buy a dog for themselves or a loved one after proper consideration and discussion should make sure they are getting the animal from a reputable source.

She added: “There are still many so-called puppy farms in existence.

“The owners often keep animals in tiny cages and they rarely get veterinary care. There is little if any consideration for the animals’ well-being.

“These animals, which are treated abominably, can often end up with very serious health conditions, which is devastating for the people who end up taking them into their homes and their hearts.”

New rules, called Lucy’s Law, will come into effect in England on April 6, 2020.

The legislation means third parties would be banned from selling puppies and kittens.

People who want to buy or adopt one aged under six months would need to deal directly with the breeder or animal rehoming centre, rather than a pet shop or commercial dealer.