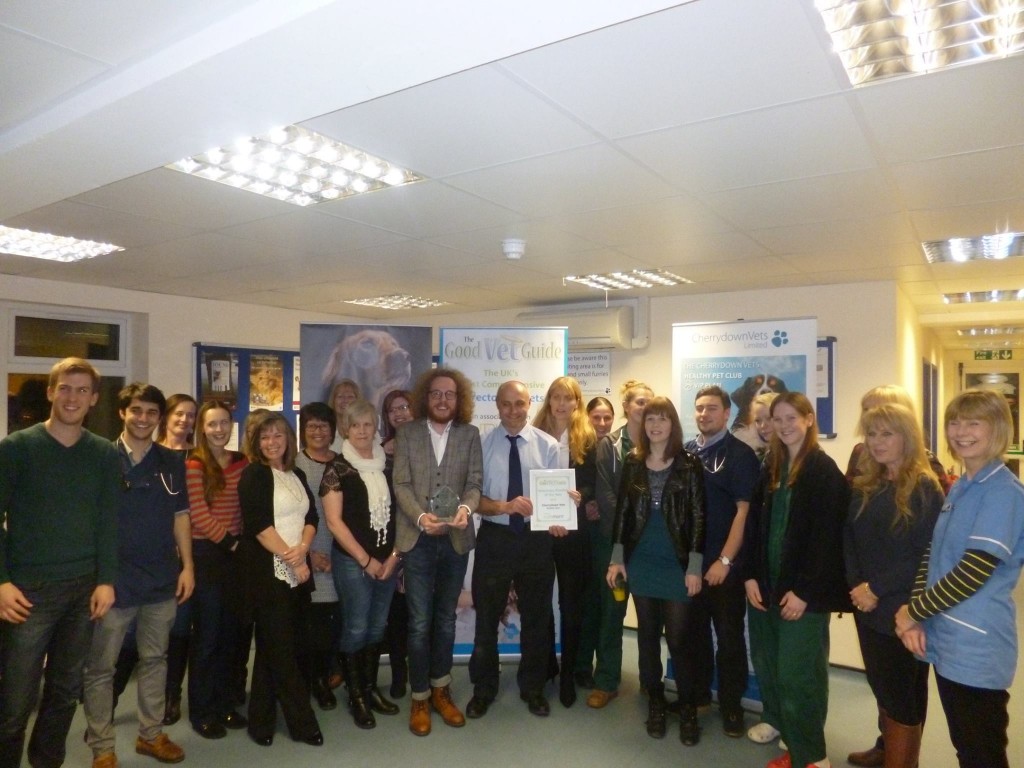 Towards the end of December 2014 we were advised we had won the Good Vet Guide “Veterinary Practice of the Year” To say we were shocked was an understatement.  It was a national competition and we were against many, many other vets all around the country.  The decision was based on the reviews we had received from our clients.  Below is the official announcement originally published on the Good Vet Guide website.

Cherrydown Vets in Basildon has been announced as the winner of the Good Vet Guide Veterinary Awards 2014.  The director of Cherrydown, Jonathan Nurse, was delighted after being told that the practice has come out on top.

He said: “The team works hard to give 24-hour care to all our ‘family of pets’ and it is wonderful they are receiving this award in recognition of all their efforts throughout 2014. We look forward to building on our success and giving even better service through 2015.”

Sarah Deadman of the Good Vet Guide added: “As you would expect, the competition for Practice of the Year was fierce. Cherrydown Vets showed great consistency over the year and an unswerving commitment to delivering outstanding care. It was routinely praised by its clients not just for its clinical excellence but also for its great customer care.

“Cherrydown embodies everything that is good about veterinary care in the UK and we look forward to seeing whether it can successfully defend the title in 2015 against stiff competition.”

Cherrydown Vets’ award will be presented at a special ceremony at the end of this January 2015, it will be attended by all of the staff and local press – hosted by the Good Vet Guide and Nutriment – well done to all of the team at Cherrydown! 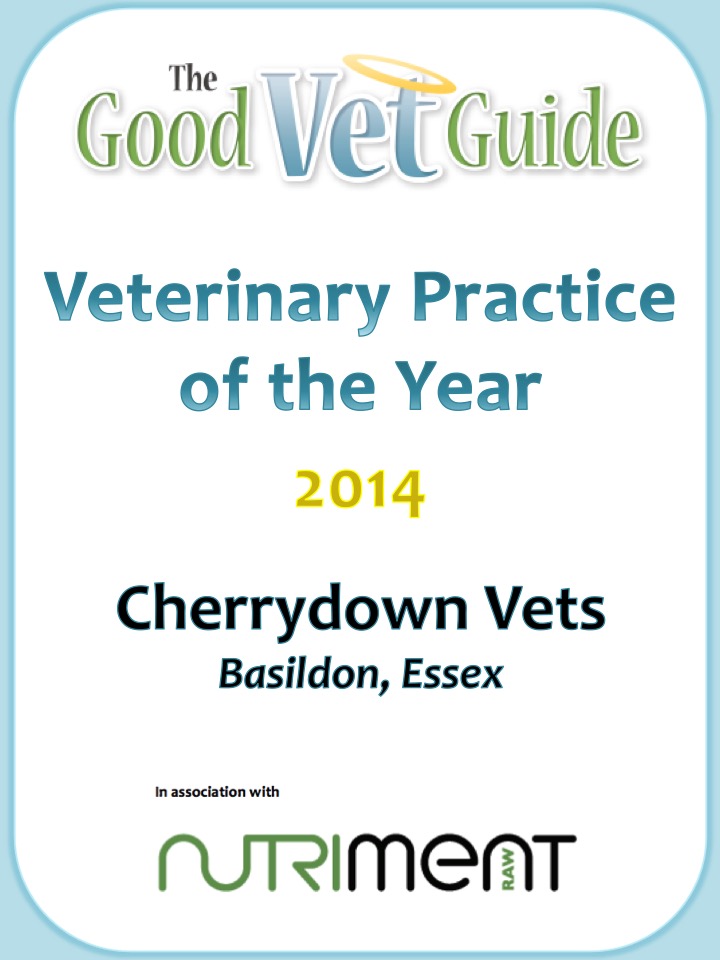